After an association of many years Edward Bartley's final work for the Anglican Church was to be, by contrast, the largest edifice of his career.
The landmark of St Matthew’s in the City is as familiar to Auckland’s 21st century residents and visitors as it was to those of last century. Sitting, as it does, on the ridge above Queen Street, at the corner of Wellesley and Hobson Streets, the site was always one to command respect.
Edward Bartley supervised the construction of St Matthews to the design of the London architect F. L. Pearson.

This type of project was first proposed in the late 1850's, around the time the Bartley brothers came to Auckland - to build a stone church for the Auckland Diocese.

In preparing his design Pearson was required to allow for a congregation of 1200. His original design did not include the spire, which was proposed later. In 1900, when the plans were placed on view, it was noted that the whole effect was almost a replica of the Truro Cathedral on a small scale[i]. At the time of this viewing the proposed plans, including spire and architects fees, amounted to £28,000.

Edward had a good deal of preparation work to complete before tenders were called. While he was not responsible for the design itself, he was required to copy and circulate Mr Pearson’s 39 large plans and make recommendations on the materials to be used in the construction. Young draughtsmen Gerard Jones was working with Edward at this time. He was later to make an outstanding contribution as an architect. He would have spent many hours over the drawing board with Edward, probably speculating on the feasibility of instant plan reproduction.
Rangitoto blue stone had been proposed for the foundations and body of the walls of the new church, with Te Kuiti limestone for the outside and inside wall facings. Mt Somers stone was suggested for all the dressed stone used. Kauri was the preferred choice for the interior joinery. Also in the original plan was a boundary fence of Te Kuiti limestone rubble. However, these suggested materials were never beyond dispute.
Oamaru stone was finally settled on as the best option and the white of the stone certainly emphasised the clarity of the design. Welsh slate was chosen for the roofing material and plans to build the spire were ultimately abandoned.

Completed within three years, without cost over-runs, the church was consecrated in March 1905. At that time the stone vaulting of the ceiling drew much comment and admiration, as it still does today.


The foundation stone was laid on 25 April 1902. It was a day of spectacular processions and ceremony, completed in the evening by a Conversazione for invited guests. Although occasioned by new beginnings, the participants and style of the proceedings accentuated the antiquity of the rites associated with the Laying of the Stone.  Shortly after midday the representatives of Freemasonry began the event with a mass procession to attend a service in the existing church. Afterwards, a great assembly gathered outside for the ceremony, where the Grand Master of New Zealand Freemasons assisted the Governor the Earl of Ranfurly. The Stone itself was laid over a time capsule which contained, amongst other things, a piece of oak from Canterbury Cathedral and a piece of sandstone from the 12th century Norman Church in Holy Island.[iii] 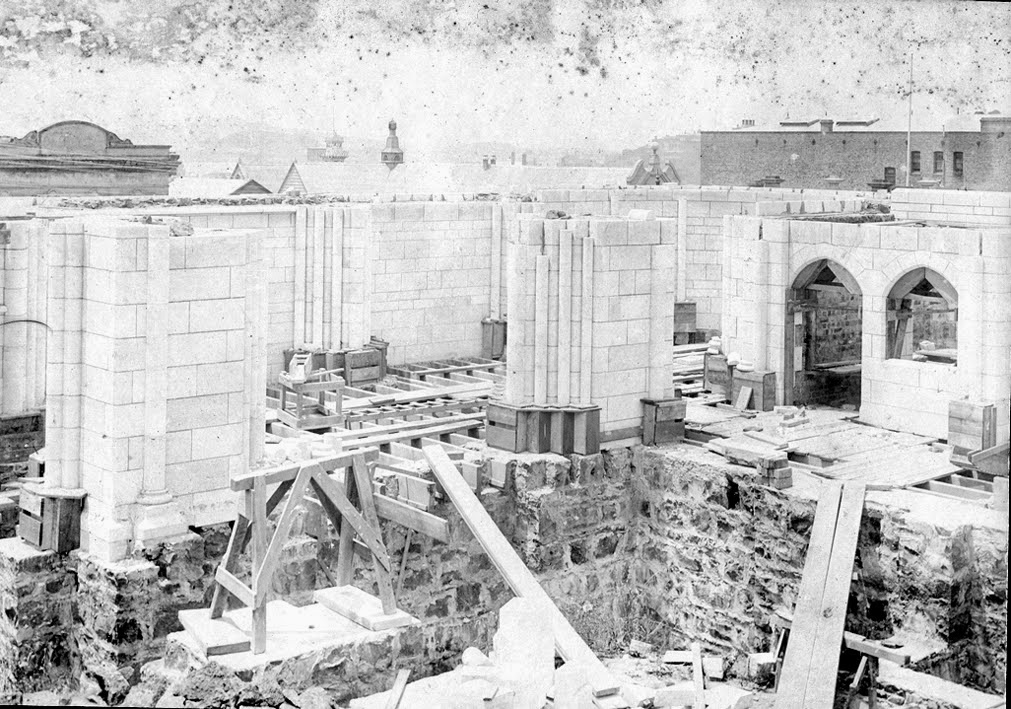 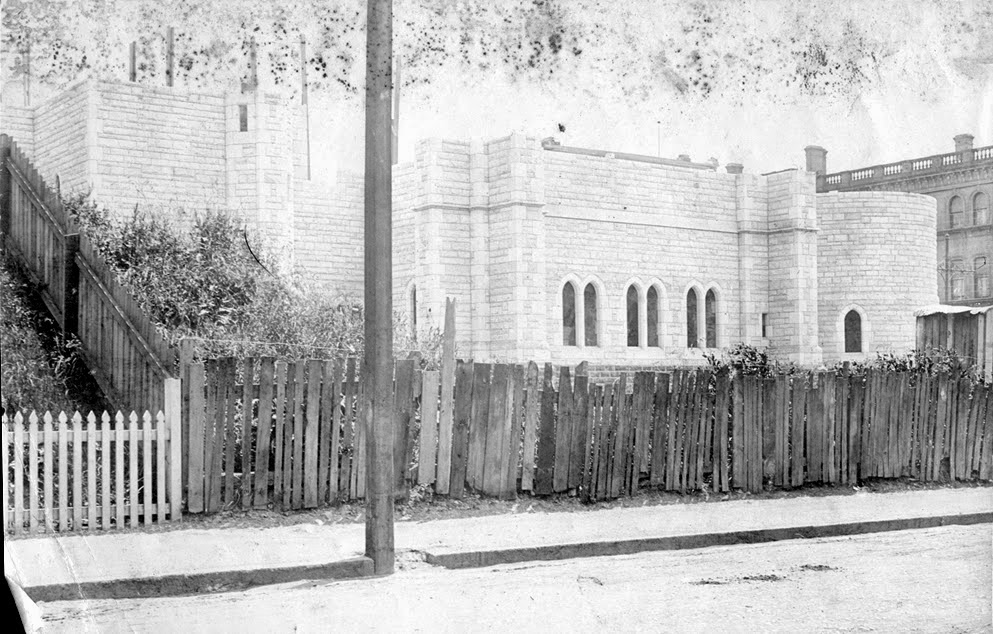 Completed within three years, without cost over-runs, the church was consecrated in March 1905. At that time the stone vaulting of the ceiling drew much comment and admiration, as it still does today.
[i] New Zealand Herald 13 August 1900
[ii] Auckland Weekly News 25 January 1901 page 40 col.2
[iii] Also included in the time capsule was the following legend on parchment:
St Matthews Church, Auckland New Zealand: This stone was laid on Wednewday, April 23 Anno Lucis 5902; Anno Domini 1902, with full Masonic honours, by the Most Worshipful the Grand Master of Ancient Free and Accepted Masons of New Zealand, Brother Alexander Stuart Fussell, and His Excellency the Governor, Brother the Right Honourable the Earl of Ranfurly, G.C.M.G. The estimated cost of the building is £30,000, erected out of accumulated funds raised by subscriptions commencing in the year 1853, started and husbanded for many years by the late Mr Thomas Weston for the object of erecting a stone church. In the year 1863 the fund had increased to £5000, but the subscribers unselfishly resolved to erect a wooden church out of other funds, in the trust and hope that in 20 or 30 years their children would be able to erect a building worthy of the Church they loved and laboured for. Architect Mr Frank L.Pearson, F.R.I.B.A., London; supervising architect Mr Edward Bartley, Auckland; contractors Mr John Ferguson and Mr James Malcolm; clerk of works Mr William Thomas; vicar, the Rev. W.E.Gillam; vestry Mr T.W.Doonin, Mr Fred Whitehead, Mr H Peake, Mr G.E.Lee, Mr F.P.Wood, Mr R.H.A. Potter, Mr T Cole, Mr H.J.Lee, Dr Hooper and Mr A Wright; Building Committee, the Rev W.E.Gillam (chairman), Mr W.S.Cochrane, Mr James Burtt, Mr Fred Whitehead, Mr Edward Langley; trustees, Mr W.S.Cochrane and Mr James Burtt”
This document was placed in a bottle with copies of the newspapers for the day of  23 April, a Church Gazette for 1 April 1902; the last printed report of St Matthews vestry, a programme of the day’s ceremony; a copy of the letter sent by G. A. Selwyn to the Archbishop of Canterbury accepting the position of Bishop of New Zealand; six postage stamps of the first issue of the reign of Edward VII; the oak from Canterbury Cathedral, England and the sandstone from the Crusader Church.