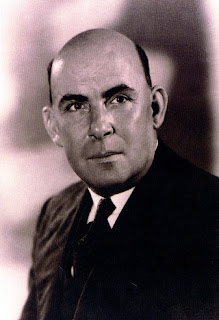 George was born in Queensland to Frederick Bartley and Catherine (Kate) Bergin. Frederick had left New Zealand after the death of his young wife Janet Shearer. New Zealand was in financial depression at that time. It was hoped the move would provide him with a fresh start.

Frederick was, however, killed in a mining accident shortly after George’s birth. In those days there was no worker’s insurance, no union, no social welfare and no recourse to the Mining Company’s refusal to compensate. The widow was left without financial assistance until Edward Bartley, arranged for mother and child to come to Auckland to live at the family home in Devonport. Kate and George were given the separate house on the property, in what is now Fleet St.

This arrangement was no mere convenience. Edward took over the role of father in raising George. Their relationship was deeply affectionate and very close. As he grew older George participated in the musical and other entertainments which were such a feature of the Bartley’s life in Devonport. In the hall Edward built on his property, plays were performed, concerts given, balls attended and informative evenings enjoyed. George’s love of the piano and of Gilbert and Sullivan productions stem from this time. It was Edward who introduced George to photography, chemistry and biology, thereby planting the seeds of his future career.

The strength of their relationship was also the foundation of his ethical training. Edward held strong views on matters of personal and social development, some well in advance of his generation. His pioneer work with Griffith to establish the Eight Hour Day in the colony sprang from a deeply held conviction of the dignity and rights of the labouring man. George held to that principle all his life.

For Edward the road to the enlightenment and betterment of society lay in individual members of the community having access to educational resources and the time to use them. Allied to this was the responsibility, of those privileged with knowledge, time and skill, to make those resources available for the assistance of others.  His support for free public education and opportunity extended to establishing technical education classes and giving his time as tutor.

George grew up assisting at evenings of ‘lantern slides’, microscope demonstrations and attending Edward’s classes in technical drawing.  Many of those slides George helped to prepare in the ‘developing room’ – the concrete basement of Orpheus Lodge. These principles and experiences directly informed George’s attitudes to the philosophical, social and economic challenges faced by the men of his time.

George went to public primary school in Devonport, moving across to Auckland Grammar in Symonds St before being apprenticed to W H Woollam, pharmacist, in Queen St. He was held back from military service until after qualifying. Registration was completed 14 June 1918, by which time he was already aboard the hospital ship ‘Marama’ whose ultimate destination was the Suez.

While he was away Edward died. George first learned the news from an army newssheet, well before any letter reached him from home. His notebook journal recorded his profound shock. Even though Edward was elderly, being without him was inconceivable. Anyone who has lost a parent while abroad will empathise. His discharge came in November 1919. George returned Auckland and to Woollams – in an epidemic of ‘flu.

George continued to live in Devonport until 1920 when he established his Epsom pharmacy in partnership with Woollams. He took rooms above the grocers on the corner of King Edward Avenue for his household, which consisted of himself, Kate and his cousin Allen. In 1925 George married Wilma Slattery and moved to Claude Rd. He kept the lease on his rooms as a home for Kate and Allen.

The original pharmacy was on the Claude Rd side of Manukau Rd. About 1926 he moved to new premises opposite the tram barns. A family home at Renown Avenue, Greenlane was completed in the same year. There George and Wilma welcomed two sons, Harold and Bryan, before their family circumstances were altered by world- wide financial depression. In 1929 Kate and Allen moved to Renown Avenue. A third son, Frank, was born in 1934. By this time Allan was employed as an apprentice at the Tramway workshops. He was in a position to marry Brysson Poole in 1936. Allan’s room at Renown Ave was then taken by their cousin John Bartley, whom George supported through the Depression.

Throughout these years George increased his involvement in his Masonic Lodge and in the Labour Party. He became increasingly disenchanted with the unenlightened policies of the coalition government. Harold Bartley, George’s eldest son commented in his memoir:
‘I believe my father’s interest in politics derived from his upbringing by his grandfather who had the Victorian gentleman’s interest in education, the arts and social sciences, and these were diverted to the Labour Party by what he had seen during the war and its aftermath. His mother, with her Irish background must have had an influence too – towards questioning the obvious defects in past administrations which had led both Ireland and New Zealand into wars and depression, leaving behind misery and hardship.’

George became active in the Labour Party organisation in Onehunga where support was a keen and harmonious membership. At this local level support for the purpose of seeing members elected to parliament operated through Labour Representation Committees. George became a member of this committee. He undertook secretarial duties for the sitting member Bill Jordan who remained in the House from 1922 until his appointment as High Commissioner in 1936. In addition to these electoral campaigns George played a part in establishing branches at Epsom and Maungakiekie, often hosting branch meetings at Renown Ave. His aspirations were high at this time.

Labour triumphed in the election of 1935 and continued to hold sway until 1949, putting in place a swathe of social and economic reforms. Savage’s reforms were both wide ranging and swiftly implemented. The administration had to deal not only with the economic legacy of the depression, but also with a second international conflict.
Writing in 1966 McLintock summarised post-war opinion of their performance:
‘The test of measures was their practicability, not their doctrinal purity. This can be said of the recovery measures and guaranteed price system of 1936, the welfare programme of 1938, the pre-war public works, housing, and education programmes; the import and exchange control mechanisms, prefigured in 1939 and articulated during the war; the wage and price fixing machinery set up during the war together with controlled export marketing; the post-war attempts (ill-starred) to peg land and property values; the long and losing battle against inflation from the war years into the peace.’

The new Social Security Act of 1938 also positively impacted George’s business. The pricing of pharmaceuticals had previously been haphazard and standards of preparation poorly regulated. At this time medication was generally prepared and presented by hand. The days of generic and synthetic pharmaceuticals were still in the future. This new legislation instituted pricing and payment on the basis of ingredient cost, which was standardised. Strict standards of regulation and control were implemented under a revolutionary scheme of universal free health care. Bartley’s Pharmacy moved into premises adjacent to the ‘New Regent’ picture theatre in Manukau Rd, later to become the ‘Lido’.

The buoyancy of the late 1930’s was soon overcome by local and world events. Prime Minister Savage was ailing and the international situation causing grave concern. George Bartley attended the Labour Conference in March 1940 as delegate from the Onehunga LRC. There the ‘Lee Affair’ was put to the vote, resulting in John A Lee’s expulsion from the Party. Savage died on 27 March 1940. These events, along with New Zealand’s entry into the war, brought back the hardship and conflict which George so abhorred.

At a meeting of the Remuera electoral advisory committee in July 1943 George was one of six nominees for the seat which was essentially a training ground for aspirants to parliament. He and four others withdrew in favour of Dr Martin Findlay. George was president of the representation committee that year.

In 1944 local body elections George Bartley was elected to Auckland Hospital Board as representative for the combined boroughs of Mt Albert, Mt Eden, Newmarket, Onehunga, New Lynn and Ellerslie. He continued to be re-elected to this position until his death, with the exception of the 1947 elections when his party affiliation was unacceptable to the voters. His longevity in this post was principally due to his ability to work harmoniously, free of both personality and political agenda – this at a time of growing concern over some less moderate influences in the Labour movement as a whole.

The records of the Hospital Board meetings at this time show the challenges faced in war time, not least in cooperation with central government initiatives such as the armed forces hospital facilities at Greenlane and Middlemore.


The 1949 general election was undertaken with some boundary changes in the Auckland electorates. Maungakiekie was moved out of the Labour stronghold of Onehunga into the National heartland of Remuera. George Bartley, now Chair of the electorate committee, canvassed strongly for the new Labour candidate R J Tizard who was later to become Deputy Prime Minister.

Just after the election George suffered a serious heart attack from which he was slow to recover. Treatment for heart conditions was still rudimentary in 1949, though radical change was soon to take place in the development of new medications and surgical techniques. Despite this he again took up his business and political duties, including standing again for the Hospital Board, successfully. His health, however, continued to be an ongoing concern.

In 1953 the then Member for Onehunga Arthur Osborne died. There was considerable pressure for George Bartley to accept nomination for the seat. After a good deal of deliberation and consultation with family and Labour interests he decided to decline on the grounds of health. His friend and colleague from the Onehunga LRC Hugh Watt subsequently became the new MP, rising to Deputy Prime Minister under Norman Kirk.

Throughout the 1950’s there was considerable agitation from trade union interests within the Labour Party. Under party voting rules branches were susceptible to the ‘block vote’ of affiliated unions. It was in this climate that George Bartley served as a member of the National Executive of the Labour Party in 1957.

In 1959 George was requested to become a member of the Commission on Education under Sir George Currie. The role was a strenuous one, with his main contribution being in the consideration of education of disadvantaged children whether due to physical or socio-economic conditions. The commission considered not just primary and secondary education but also technical training and the private sector.
Throughout 1960 George’s health continued to decline, forcing him to withdraw from meetings on more than one occasion. At the end of the 1961 he was hospitalised and after a long period of palliative care he died on Easter Saturday 1962 aged 64.