Every person entering the armed services received identification tags so that in the event of death or injury they could be identified and the authorities advised. These tags, belonging to Gilbert Slattery are typical of the period.

Gil enlisted in August 1914 at the age of twenty. He was a gas fitter by trade, employed by Brodie's of Northcote where he lived. Before leaving New Zealand he was part D Company, 4th Reinforcements. From November 1914 to 22 March 1915 he was with the Samoan Detachment. Three weeks later he left New Zealand once more as part of the 3rd Auckland Regiment, later joining the Otago Infantry.

Gil remained overseas throughout the war years. He served at Gallipoli before being transferred to the Western Front in 1916, where he remained until the end of hostilities in 1918.
At the close of the war he was embarked for England. After a month recovering in military hospital there he was recruited into the NZPC, the Police Corps, with whom he continued to serve until embarking for home in January 1920.

Below are a selection of papers from the Attestation and Service Record of George Bartley. These documents are typical of those for servicemen  in this period. 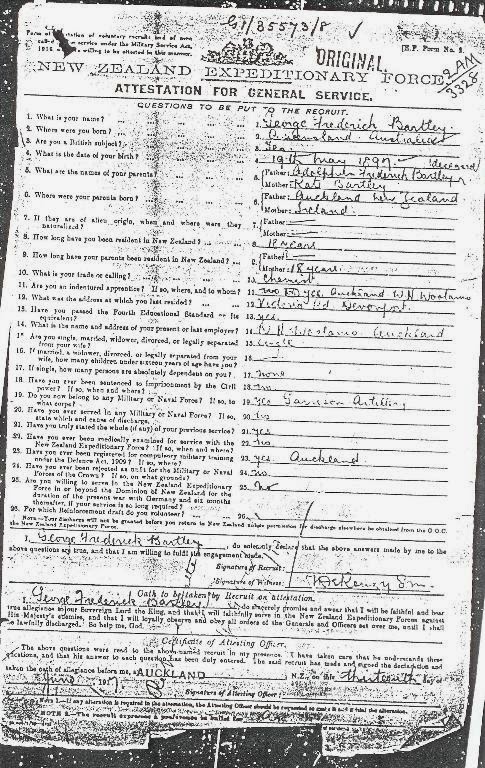 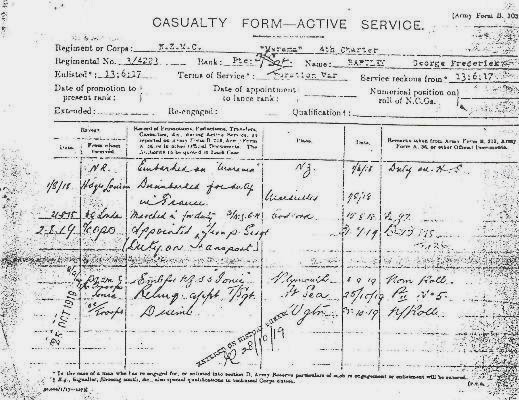 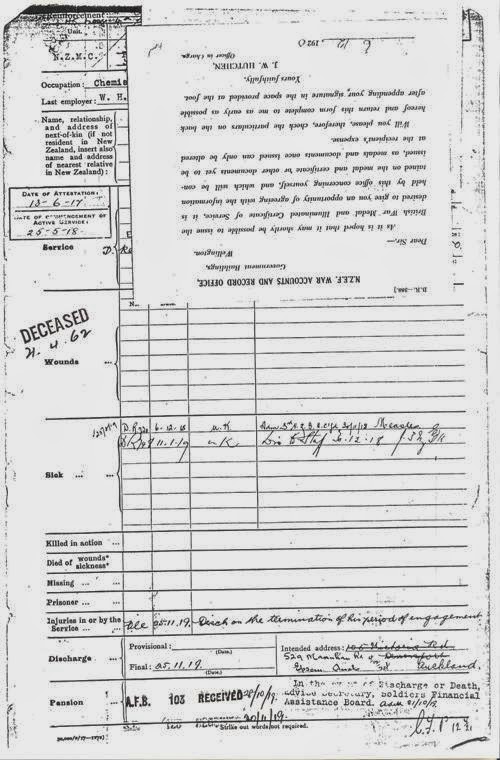 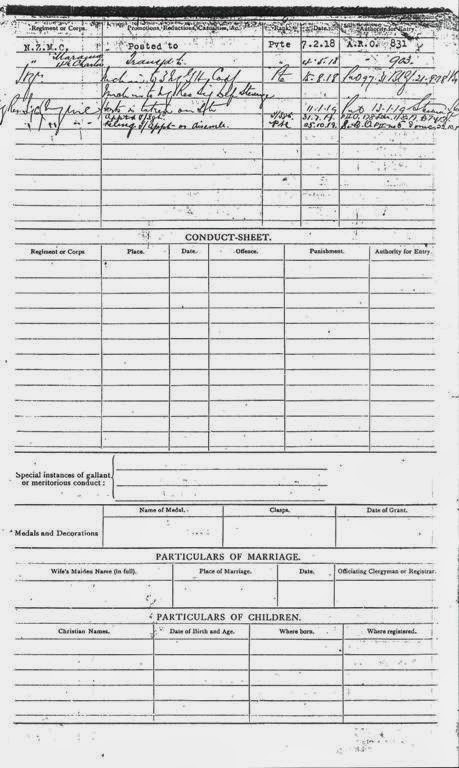 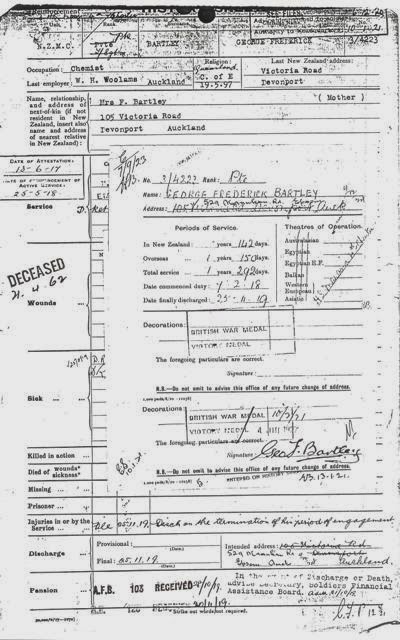 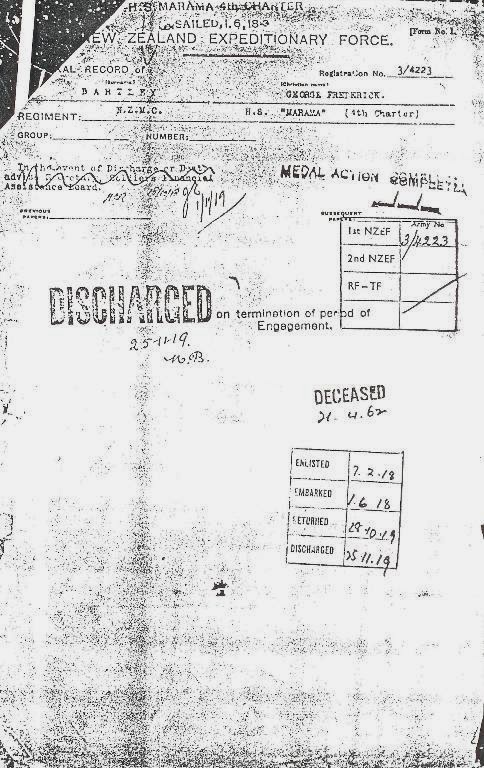