Thanks everyone for such an encouraging response to the recent posts.

In the nineteenth century the Bartley's family networks overseas developed with emigration. Marriage ties, economic circumstances and religious affiliations influenced the choices of destination in some cases. For others the "chain" effect was strongest, where siblings followed later into areas where family were already settled. This was a shared experience for many Jersey families.
From research in New Zealand it is clear that the "Channel Islands Identity" was strongly held and persisted in the new country. Friendships with countrymen were highly valued and influential in social patterning.
This strong matrix of family and Home ties supported resettlement, but in no way inhibited assimilation into the new colonial life-as we shall see as we continue  with our introduction to the children of Robert BARTLEY and Betsy BENEST

Robert was baptised on the 3rd of November 1826. He trained under his father and became a Master Builder. On the 24th of April 1848, at St Lawrence parish church, he married Esther KERBY.
Esther, daughter of Frances (Francois) Kerby and Jeanne GUILLEAME, was from a Jersey family whose pedigree and history of land ownership in the Islands can be traced back to Medieval times. Her extended family was involved in the establishment of the Latter Day Saints community at Utah, America.

After their marriage the couple settled at 20 James St in St Helier. Robert became well established in the building trade on the Island, working on several of the large construction projects undertaken at this time. The last of these was as a subcontractor on the construction of Victoria College, which was completed in 1852.

By Christmas 1853 Robert and Esther had three children Emma, Julia and Walter. There was a general tightening of economic affairs on Jersey at this time, and no further public works were planned. They made the decision to emigrate to New Zealand. The Auckland Provincial Government was advertising the opportunity to receive a grant of land to the value of their passage for those who self-funded their journey. Robert’s brother Edward Bartley and Esther’s elder sister Mary Durrell Kerby went with them. The family came out to New Zealand on the “Joseph Fletcher” arriving in October 1854.

Once in Auckland Robert worked first as a contractor and then established his business as a builder. The family lived first in Chapel St Auckland and then later at Clarence St Devonport.
When he retired from his own business, Robert worked for several years as yard manager for the Kauri Timber Company.

Robert and Esther’s children all settled in the Auckland, except for the youngest. Emma married Joseph WITHEFORD, Julia married Stephen ROUNTREE. Walter married Alice DAVIS and also worked as a builder in town. 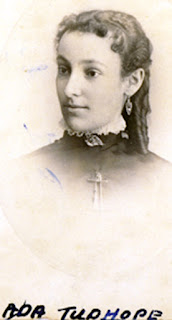 Robert and Esther had six more children in New Zealand: Charles, who became a builder in Auckland, marrying Letitia GEE; Alice, who married the pharmacist Stephen GILBERT; Ada, who became the wife of Robert G TUDEHOPE; Clement, a keen cyclist  who made his career in banking. He married Ellen FISHER; Henry, who died young; and Edwin, an artist who settled in Christchurch and married Ethel FEATHERSTONE.

Robert died in Auckland in 1913 and is buried in the family plot at O’Neill’s Point Cemetery
on the North Shore.

KERBY and DE GRUCHY researchers may be able to help identify these donated images which are said to be of Esther's extended family. They are reproduced without editing to highlight their presentation and condition. 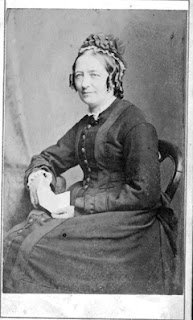 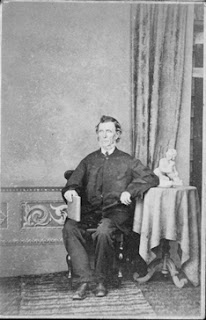 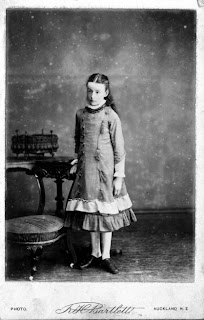 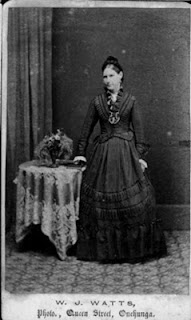